Elizabeth McGovern’s career spans theatre, film, television, and music. Most recently she adapted and starred as Ava Gardner in the play AVA: THE SECRET CONVERSATIONS, based on the book “The Secret Conversations” by Peter Evans and Ava Gardner. Prior to that, she starred as Lady Cora in the feature film adaptation of the multiple award-winning television show DOWNTON ABBEY, a role for which she was nominated for a Golden Globe and a Primetime Emmy and won a SAG Award. She can next be seen reprising the role of Lady Cora in the highly anticipated sequel, DOWNTON ABBEY: A NEW ERA.

2017 saw Elizabeth produce her first feature, in which she also starred, THE CHAPERONE, written by Julian Fellowes and based on the book by Laura Moriarty. The film debuted in March 2019 and was released theatrically by PBS Films. Prior to that, Elizabeth was featured in Bjorn Runge’s Oscar and BAFTA nominated THE WIFE, with Glenn Close and Jonathan Pryce.

Elizabeth received an Academy Award and Golden Globe nomination for her role in RAGTIME, her second feature film, following her debut in Robert Redford’s ORDINARY PEOPLE whilst she was still a student at Julliard. She has worked with John Hughes in SHE’S HAVING A BABY, Curtis Hanson in THE BEDROOM WINDOW, and Steven Soderbergh in KING OF THE HILL. Other major film roles have included starring opposite Robert De Niro in ONCE UPON A TIME IN AMERICA and Sean Penn and Nicolas Cage in RACING WITH THE MOON. 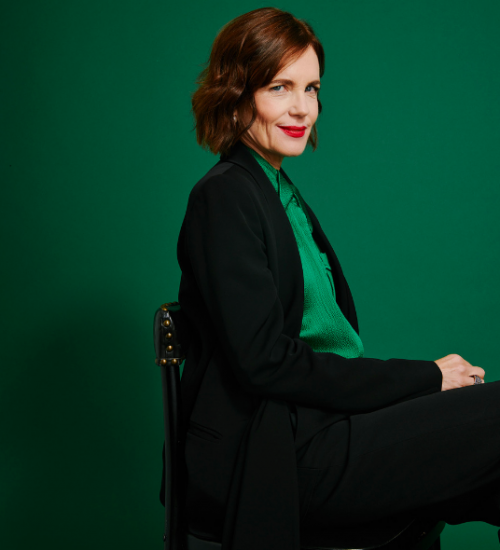 Elizabeth has performed in the theatre in America and the U.K., winning the 2013 Will Award from the Shakespeare Theatre Company. Other notable productions include Alexi Kaye Campbell’s SUNSET AT THE VILLA THALIA, Lindsay Posner’s GOD OF CARNAGE last year in Bath, THE MISANTHROPE at the Young Vic, THREE DAYS OF RAIN at the Donmar and David Mamet’s THE SHAWL at the Arcola Theatre. 2017 saw her return to Broadway in J.B Priestley’s TIME AND THE CONWAYS.

In 2019 Elizabeth was seen on the stage in the West End Premiere of Kenneth Lonergan’s THE STARRY MESSENGER, with Matthew Broderick. She also starred in WAR OF THE WORLDS, with Gabriel Byrne, for Canal Plus and Fox, which aired on EPIX in the US.

McGovern also fronts and writes the songs for the band ‘Sadie and the Hotheads’ and has performed globally with them. Her first solo album THE TRUTH was released by Universal on their Mi5 label on March 21, 2019.